Every now and then you get sandbagged by a gig you didn’t know much about going in.

This weekend I got to work at the new ACL facility at the Moody Theater in downtown Austin where the Experience Hendrix tour was doing a two-day stint. What a lineup! Did 14 interviews with some of Rock’s living legends including:

And one of my heroes growing up as a funk-inspired drummer, Bootsy Collins. 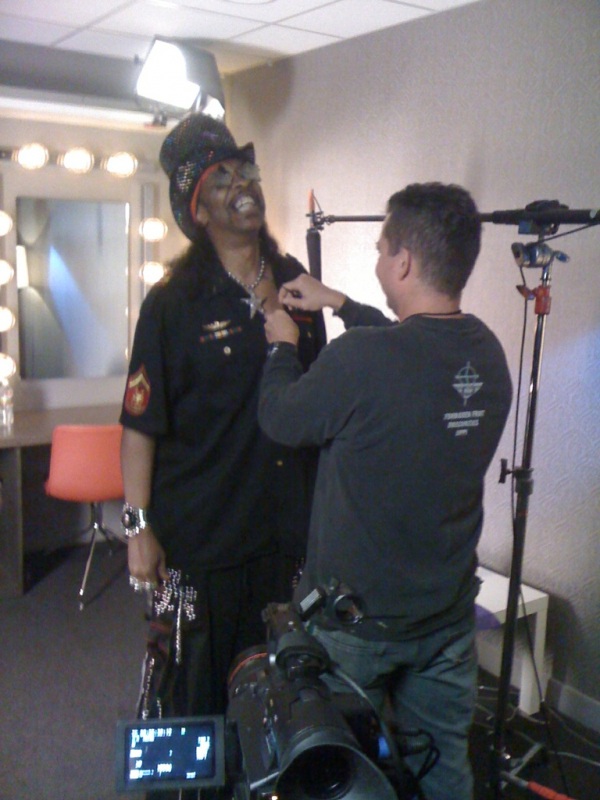